Hollywood’s Search For The Next Hit Game Show Idea

GOT GAME? If you’ve got a mind for game shows and love cooking up clever concepts, then enter the NEXT HIT GAME SHOW Format Competition set to discover and develop an original game show format for television.

Congratulations to our 2017 Winner & Finalists:

Producer, Scott Manville (former Head of Development for legendary Game Show Production Company, Merv Griffin Entertainment) is bringing key industry studios and producers together for this inaugural competition scouting all corners of the country for the most original and entertaining game show concepts from new creators and producers. Each pitch submitted will be reviewed for originality, viability, and entertainment value. The creator of the winning format will receive a $3000 prize package as part of a Development Deal Proposal by Company (including on-screen credit and per episode fees and other participation to be negotiated) and shopped to Key Production Company and Network. Additional prizes are listed in the Awards & Prizes section.
Entrants may submit a written description of their game show format/concept, and may also include any video reel or additional media to support the pitch.

Click the FilmFreeway button below to ENTER, or read further for more information: I have a fondness for the game genre, as it was a main staple in my own development as a creative executive. What I learned was that we’re not just creating games, and we’re not just tweaking trivia challenges… We’re creating DRAMAS! Pivotal moments of hard decision-making by contestants who face unique ultimatums. This is the TV of today, and it thrills me to reach beyond the rolodex and crowd source creatives from all corners of the country. This is a business of creative collaboration, and success is found when a passionate person takes a shot at sharing their talent, and we want you to share yours.

I was in the studio during run-throughs when Ryan Seacrest was discovered for his first TV job hosting our game show series Clickat MGE, and spent seven more years punching up pitches and formulating formats for MGE and learning from the best. Most interesting was that it came at a time when the traditional 3 podium formats for game shows were breaking out and  morphing with reality-based elements to deliver some of the most entertaining game shows to date. But the core of what makes a game show entertaining has never changed. Here are a few of those elements to keep in mind when crafting your TV game show pitch to enter in our contest: 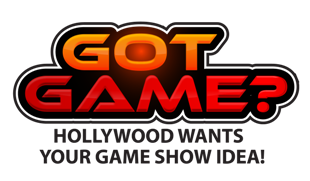 Look at your game format not just as a structure, but as a story.

Don’t think it has to be an in-studio show. Settings and challenges that cross-over into “reality” are fine, but keep the action in a self-contained locale for easy coverage in production.

Each episode must have a unique structure of play that resolves itself in that one episode.

Be as detailed and unique as possible with the various elements of your game so that your format is original.

Who Wants To Be A Millionaire: A trivia challenge with escalating prize structure, and the unique “life line” options that add dimension to the format.

Weakest Link: Teamwork turns testy when working together to solve a chain of trivia questions to win cash, one of the contestants is voted out by their teammates as “The Weakest Link”.

Deal or No Deal: A game of chance, but the format plays on the greed of a contestant, similar to gambling, and with a “banker” there to fuel the tension.

Are You Smarter Than A Fifth Grader: Humiliation is humorous in this clever and fun format that surprises adults with how little they know.

A Network is only going to launch an original Game Show format to audiences if they know they have a truly original show with content viewers haven’t seen before. It doesn’t mean that there aren’t elements that we’re already familiar with, but it means that they’re looking for the overall experience and hook to be original. What I’ve always kept as my touchstone when developing any format is that anything and everything within that format serves the concept or hook that is the signature of the show. You’re creating a puzzle that requires all parts to fit and fuel one another, and when working together in unison it delivers your vision of the game we’re watching unfold. Challenge yourself to “see” the critical scenarios in the game, and then to know that it would be entertaining to watch.

Check out the TV Writers Vault “Creating Game Shows” Page for some good insight. Here’s a blurb from the article:

“If you want to be a break-through creator of any television format it is important to make a conscious effort at letting go of pre-programmed instincts that have been engrained in us by having seen dozens and dozens of shows over so many years that tell us “this is what a game show is”. Stamp your own passport and say to yourself “no, THIS is what a game show is.” Let go of traditional ideas and invent new ways of bringing entertaining games to an audience.”